The Spread of Quakerism World Wide

Quaker missionaries arrived in North America in the mid-1650s. The first was Elizabeth Harris, who visited Virginia and Maryland. By the early 1660s, more than 50 other Quakers had followed Harris. However, as they moved throughout the colonies, they continued to face persecution. In Massachusetts, four Quakers were executed.

In 1681, King Charles II gave William Penn, an English Quaker, a large land grant in America to pay off a debt owed to his family. Penn, who had been jailed multiple times for his Quaker beliefs in Britain, went on to found Pennsylvania as a sanctuary for religious freedom and tolerance. Within just a few years, several thousand Friends had moved to Pennsylvania from Britain. Quakers were heavily involved in Pennsylvania’s new government and held positions of power in the first half of the 18th century, before deciding their political participation was forcing them to compromise some of their beliefs, including pacifism.

Quakers have been at the forefront of social activism throughout the history of the United States and there have been 2 presidents who came from Quaker roots – Herbert Hoover and Richard Nixon.

Today 27% of Quakers live the in the United States. There are both programmed and unprogrammed Quaker meetings. 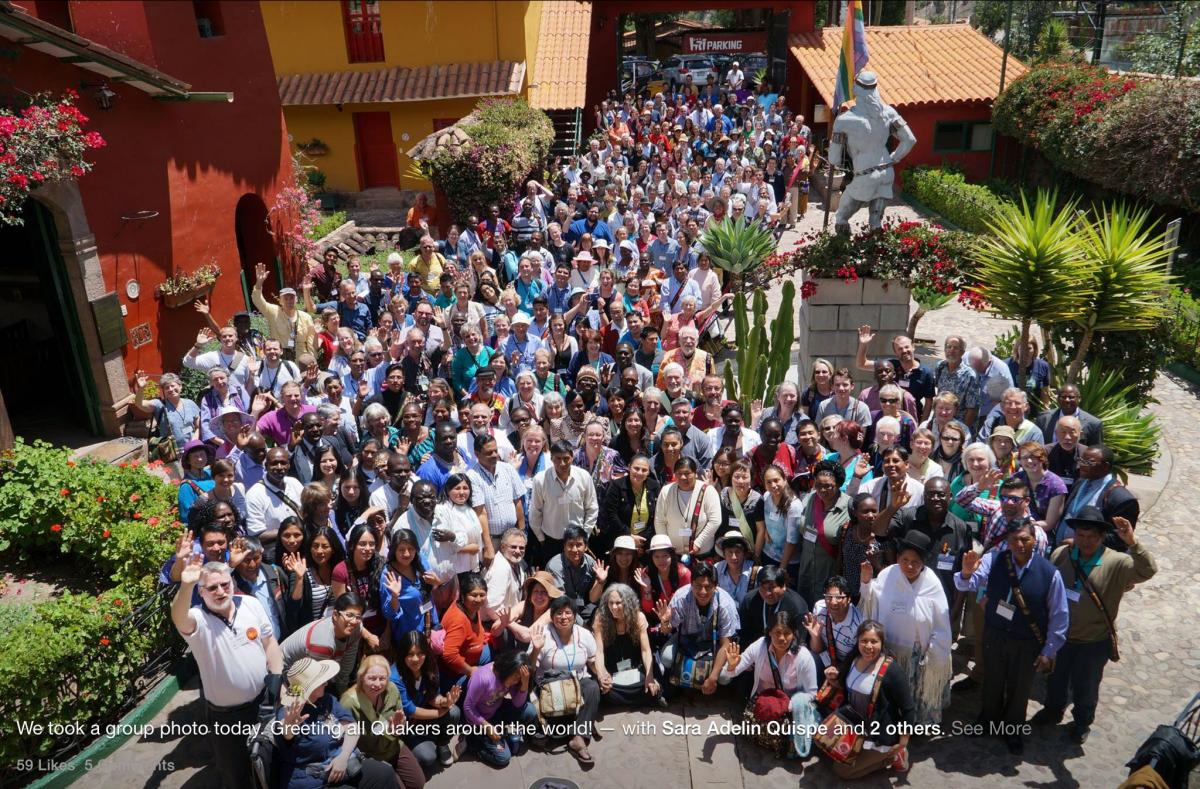 Today, 17% of the world’s Quakers live in central and south America. The earliest meeting was established in Mexico by missionaries from Indiana in 1871 and the early years of the 20th century saw meetings established in Guatemala and Honduras (1906) and Bolivia (1919). There are also Quaker Meetings in Costa Rica, Peru, El Salvador, Colombia and Nicaragua.

At the beginning of the 20th century, American Quaker William Hotchkiss went with student pastors Edgar Hole and Arthur Chilson on a fact finding mission to Kenya. They were inspired and supported by local Church leaders and eventually found land at Kaimosi in eastern Kenya where they set up a Quaker mission.  From the outset, Quakers in Kenya focussed on social deprivation, set up schools and hospitals and confronted social inequalities.

From Kenya, the Quaker form of worship gradually spread to other central African countries, most notably Uganda, Tanzania, Rwanda and Burundi. The form of Quakerism in Africa is much more in line with evangelical Churches in the Protestant tradition with hymns, Bible readings and prayers. The exception to this is in South Africa where unprogrammed, silent meetings in the British tradition are the norm. Today, more than half of the Quakers in the world are in Africa.

You can also read more in the book "The Story of New Zealand Quakerism", M. West & R. Fawell, in NZ collection, Christchurch Public Library: a history of Quakerism in Aotearoa/New Zealand.