A group of regular and occasional Friends (and friends of Friends) take part in the weekly Thursday morning walking group. This is a great time to get to know each other better and to connect more with our environs. The walks range from easy to more difficult and almost always we are able to use public transport to get to and from the walk. We usually finish at a cafe for coffee and a chat, and to do the Dominion Post quiz as a group.

Contact the Resident Friends (wgtnquakers@gmail.com or 04 385 4897) if you are interested in joining us on one of our walks.

Recent reports of the walking group:

July and August have been varied months - valleys and hilltops, city and countryside, before a series of "virtual" walks via Zoom (during Level 4 then 3 lockdowns) to catch up and do the Dom Post quiz together.  Before lockdown we managed to cover some new ground in the Johnston Hill area, Wellington downtown, Queen Elizabeth Park Paekakariki, and the Plimmerton coast.  A highlight in early August was when we were invited to be photographed for a Bothamley Park photo gallery while on a walk there - a selection of our "candid" action shots follows: 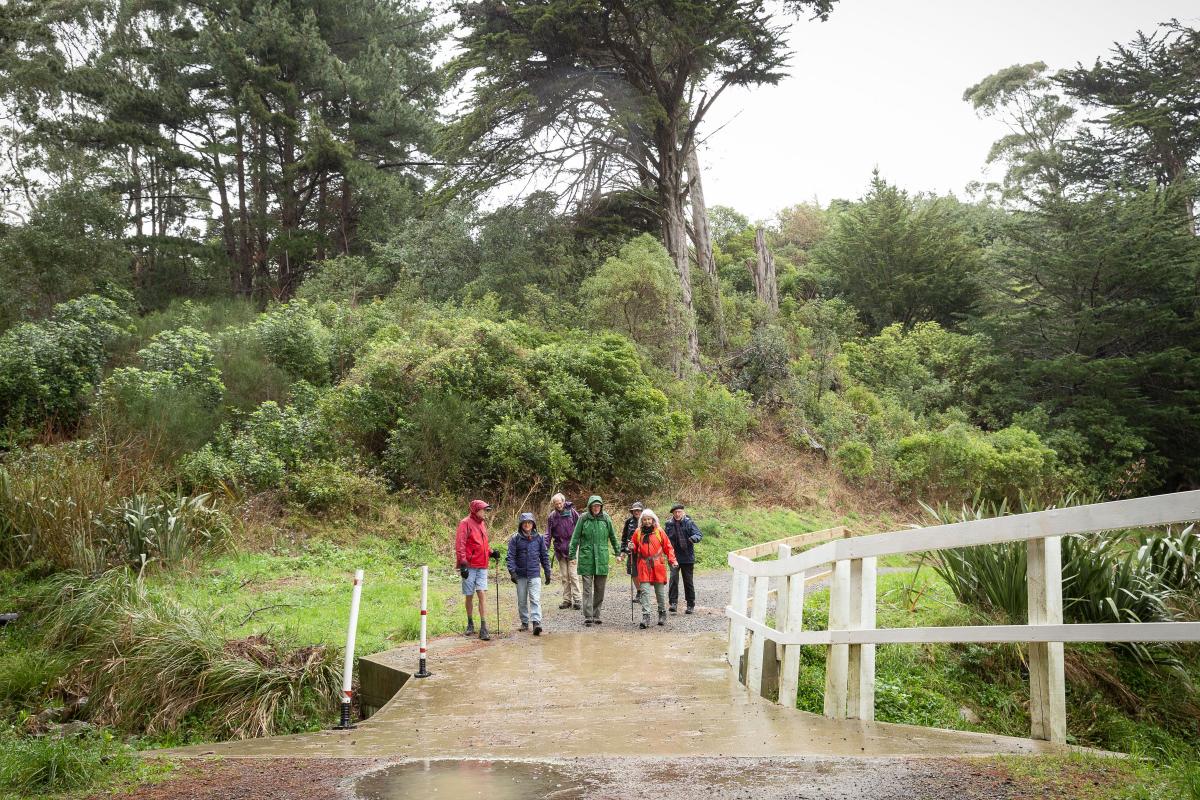 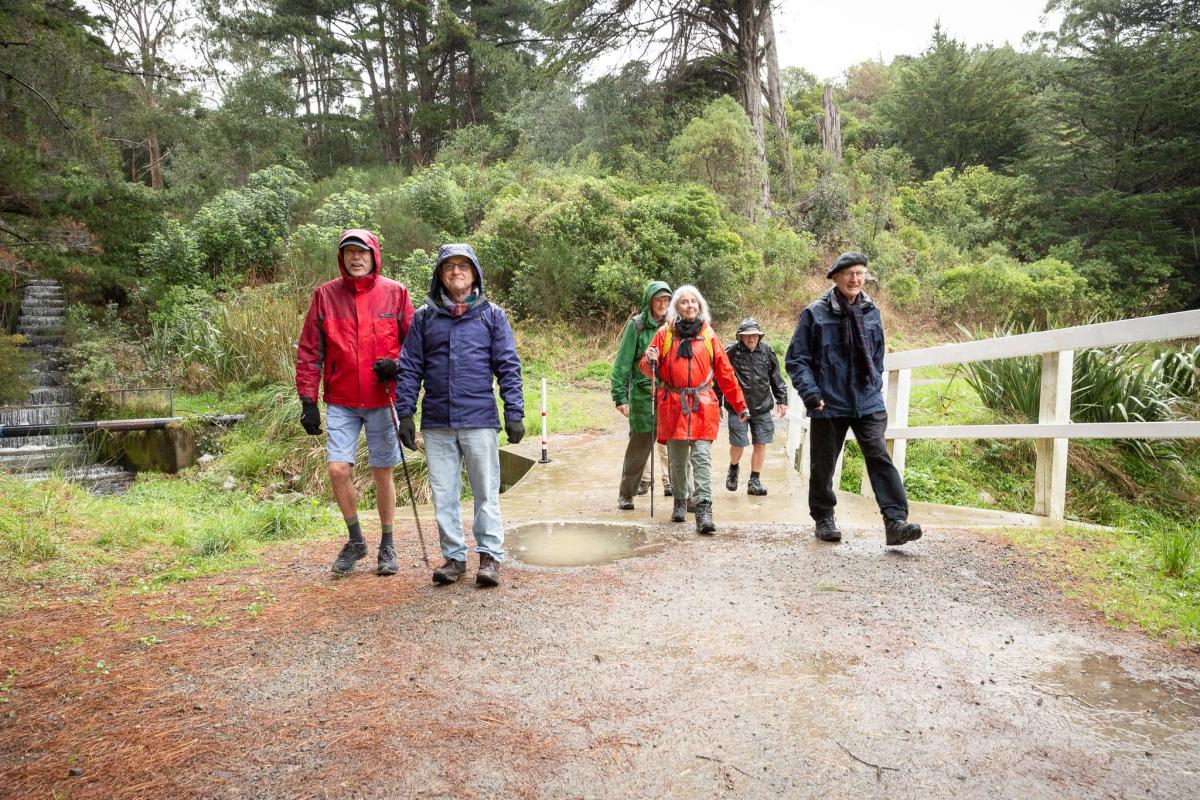 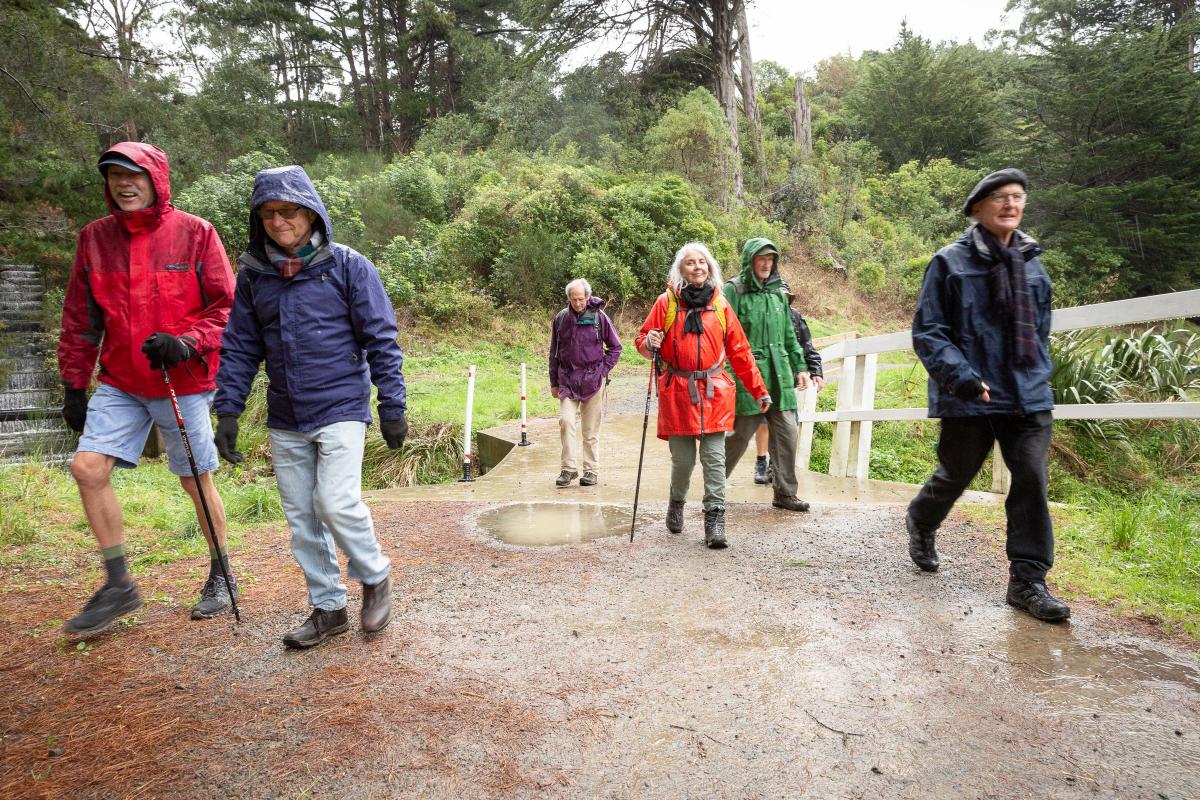 May and June had more rain than we had become used to, but the Thursday morning weather remained kind to our walking group.  We didn’t venture too far from our Mt Victoria base in May or June.  Our walks included the northern Miramar Peninsula; two walks from Island Bay to Berhampore (the first walk clashed with Yearly Meeting so the second time gave more of us a chance to join the walk);  a few mixed urban/bush track walks in the Kelburn/Brooklyn/Mt. Cook/Newtown area and also in the Te Ahumairangi/Thorndon/Kelburn; and an old favourite - from the Quaker Centre up to and along the Mt Victoria ridgeline to Oriental Bay.  We finished June on a beautiful fine day, with some visitors from out of town, walking from the Railway Station around the waterfront to Point Jerningham and then finishing at Te Papa.   As usual, we finished each walk over coffee and the Dom Post quiz.  A very satisfying two months of walking and fellowship!

Our April walking began with a beautiful fine day as we enjoyed views over Wellington from some of the Newlands bush walks.  The nice weather carried on for Thursday mornings in April.  The next week we walked from Plimmerton to Mana by way of the Camborne Hill and the walkway around Pauatahanui Inlet.  For our third walk we were fortunate that Alyn Ware, an international peace and disarmament consultant, was in Wellington that day and guided us on the Wellington Peace Heritage Walk.  We finished the month on the slopes of Rangituhi (Colonial Knob) following the more gradual track to the ridgeline than the usual unrelenting staircases.

We began March in Karori with a section of the Skyline Walkway going off path, climbing a short but steep slippery path, through someone’s backyard ‘til the path re-emerged. A week later we were back on the Skyline, between Crofton Downs to Awarua Street - a stiff climb to the ridge line with magnificent views and a northerly wind, moderate at road level but reached gale strength at the ridge line as it whipped up the valleys. We earned our lunch that day after a rather long and strenuous walk with an unsuccessful 'short-cut' attempt. We decided to follow that effort with a gentler stroll around the Hutt River estuary and Petone foreshore, noticing large congregations of variable oystercatchers on the beach. We ended the month with a hike up Dry Creek valley through a surprising remnant of bush, including large pukatea trees, to the waterfall. En route and returning, we enjoyed ripe blackberries. 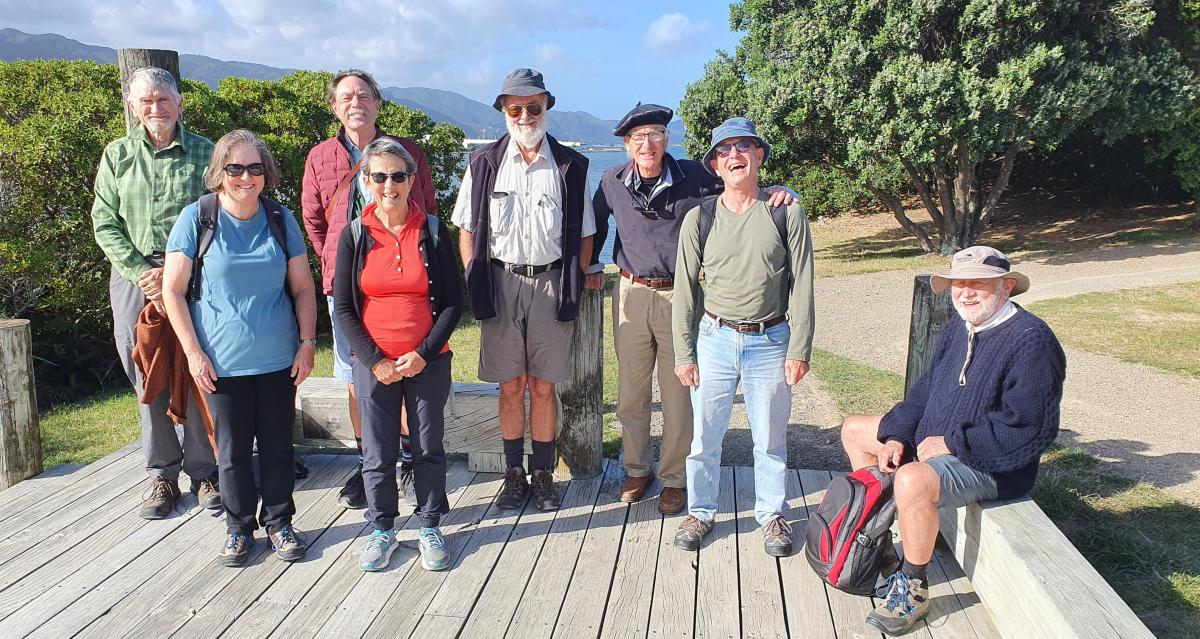 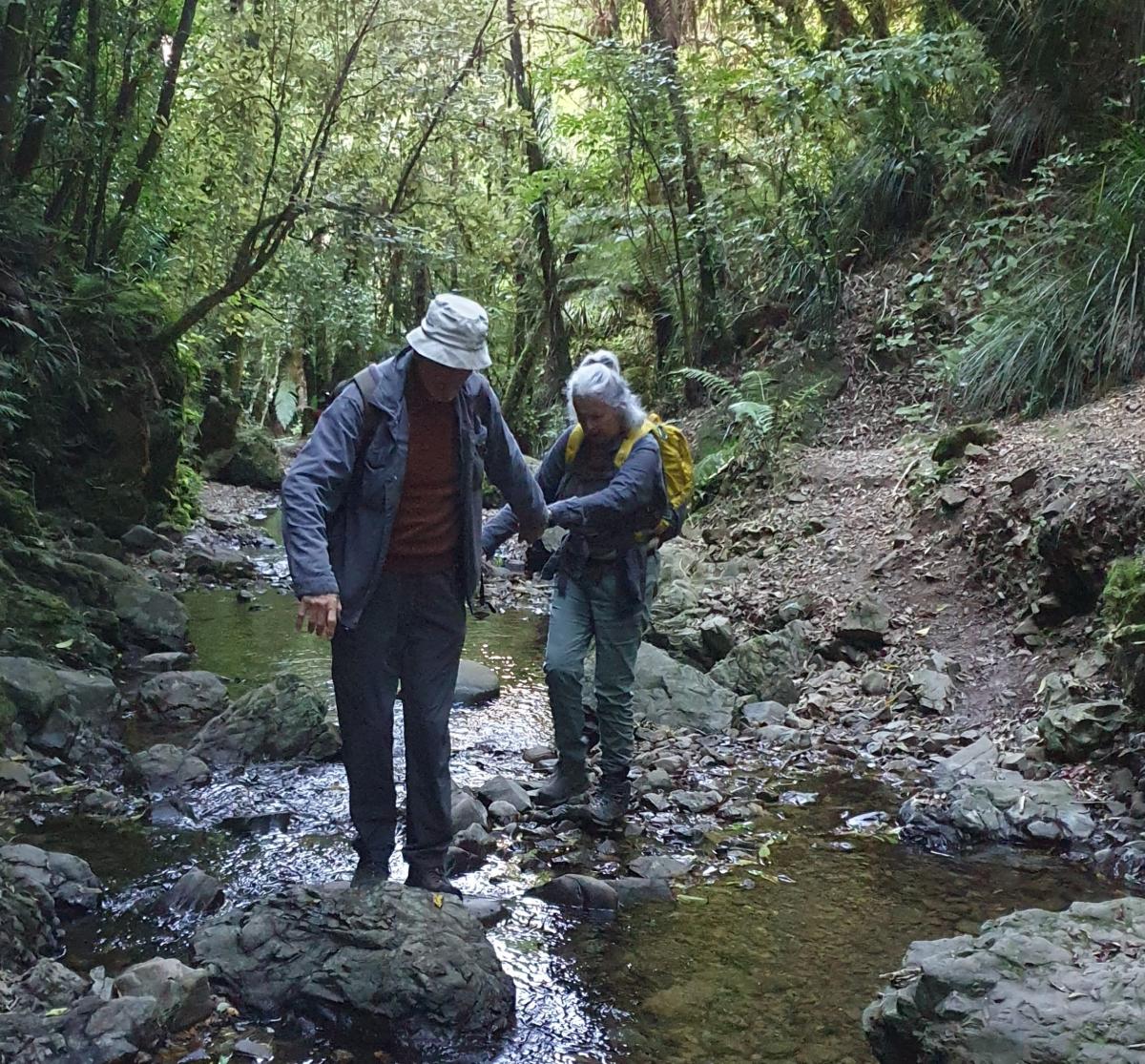 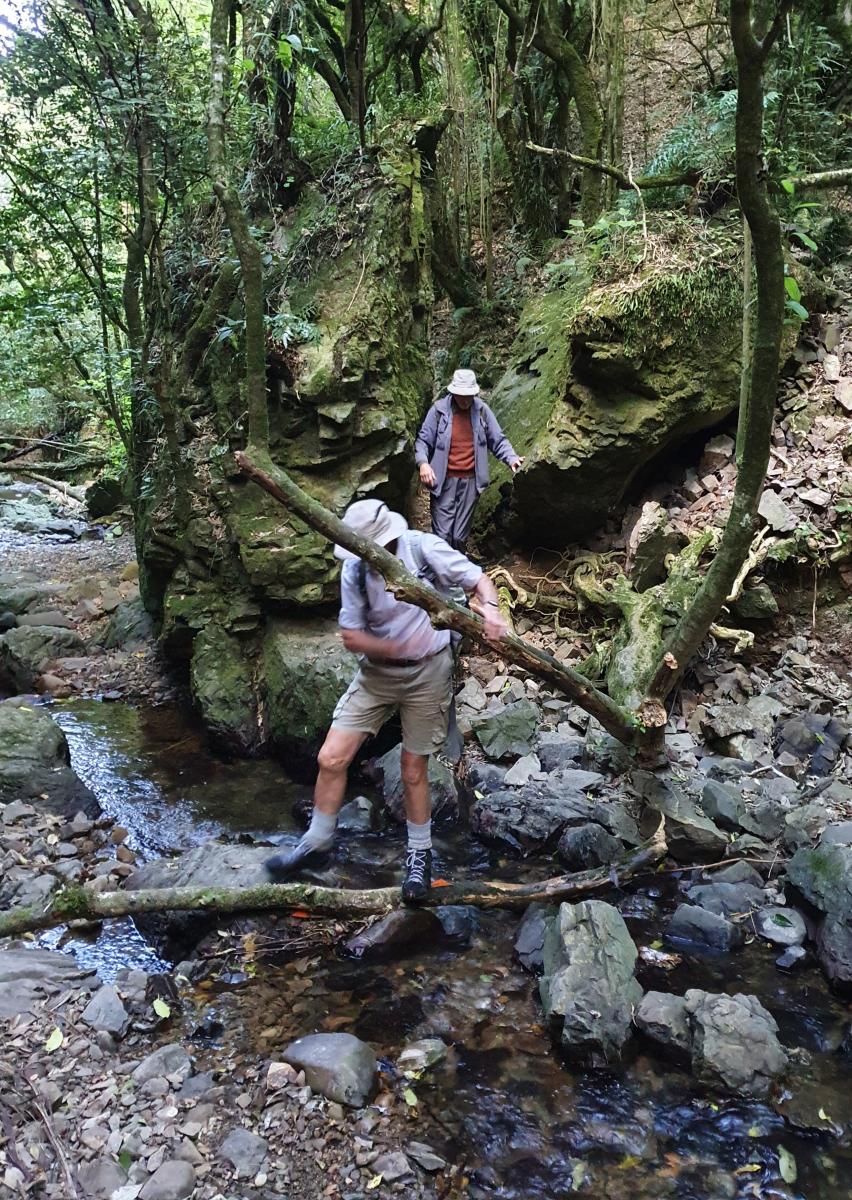 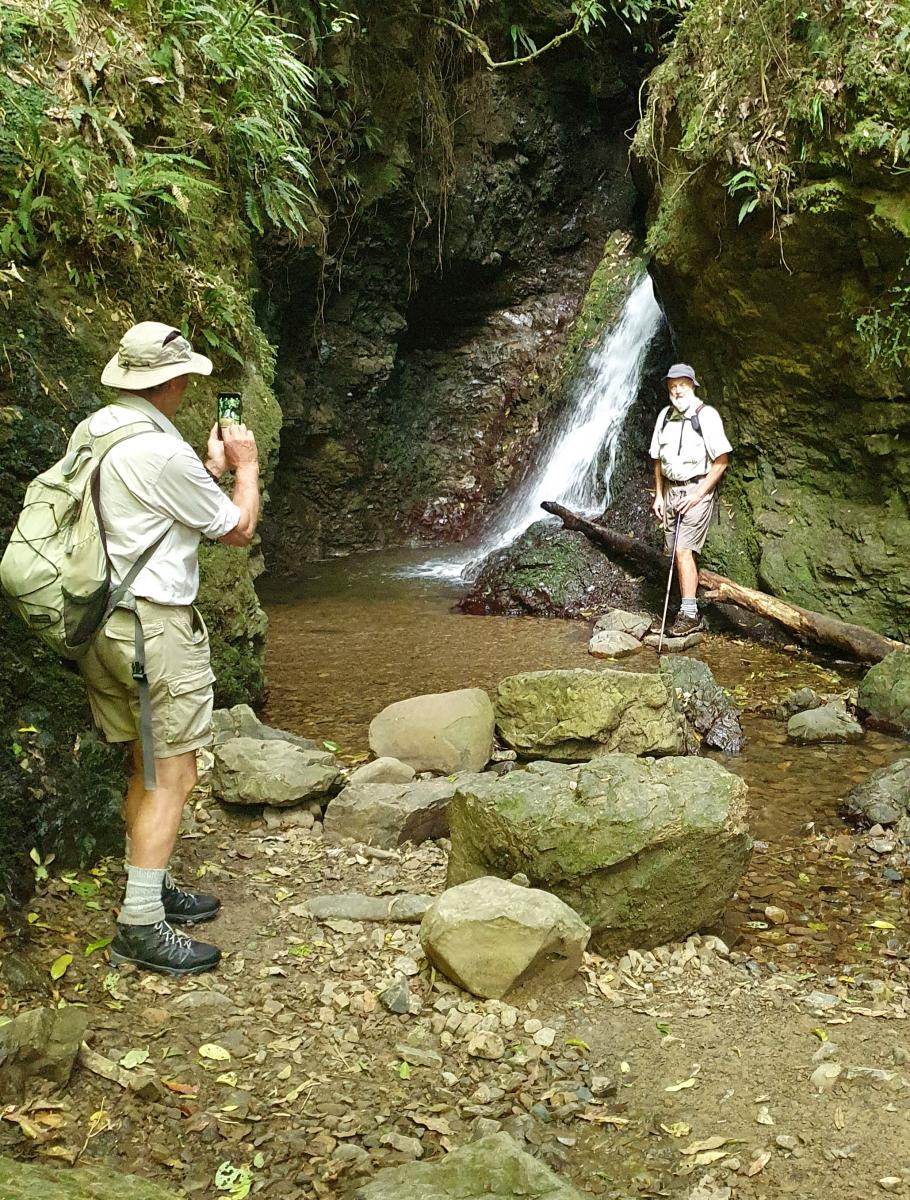 We began February with a walk inside Zealandia sanctuary, viewing native birds and tuatara. We also enjoyed two different walks in the Paremata area one an easy, gentle climb and the second more vigorous but each providing beautiful views of the harbour and beyond. We closed with a walk around the vicinity of the Quaker Centre, up the steep streets then down to Oriental Parade and long walk around to a water side café not far from a path to Hataitai . An enjoyable month of walking, conversation and sightseeing.

The weather gave us a month of contrasts in January.  We got off to a wet and windy start with a walk over Johnston Hill from Karori to Zealandia, the usual expansive view from the top replaced by a close up view of low clouds.  A week later the weather was sublime and we walked in warmth and sunshine around Porirua Harbour and Whitireia Park to Titahi Bay, stopping at the beach for ice creams and a swim.  The following week we enjoyed the bush walks of Percy Scenic Reserve, no rain but cooler weather, and then wrapped the month up in town around Kelburn bush trails and the Botanic Garden. 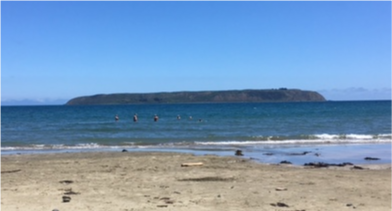 The weather was kind to us on Thursday mornings in December, even though this first month of the official summer period has been unseasonably rainy.  We began the month with a stroll from Island Bay to Lyall Bay, followed the next week with a steep hill climb up Mt Kaukau.  We did riverside walks for the remainder of the month - Kaiwharara Stream/Trelissick Park on Christmas Eve, followed on New Year's Eve afternoon around the Waikanae River estuary and Waikanae Beach township (as part of the annual Summer Gathering of Quakers, this year at El Rancho).

November was a rather hilly month for the walking group.  We began with an exploration around Ngauranga, including a forested trail above the commercial area followed by a steep scramble up to Khandallah. The following week we practiced "living by faith" as we were led up, down and all around Mt. Victoria by the toss of a coin at major turning points - we were pleased this got us back to the Quaker Centre in time to share food and soup on the occasion of John's birthday.  We had another walk from town up to and along Te Ahumairangi ridgeline, and we ended the month with a wonderful trip to Kāpiti Island.  Many friends joined the regular walkers for the Kāpiti trip and all enjoyed the views, trees and abundance of birdlife (a highlight for many was the calls of kōkaho). 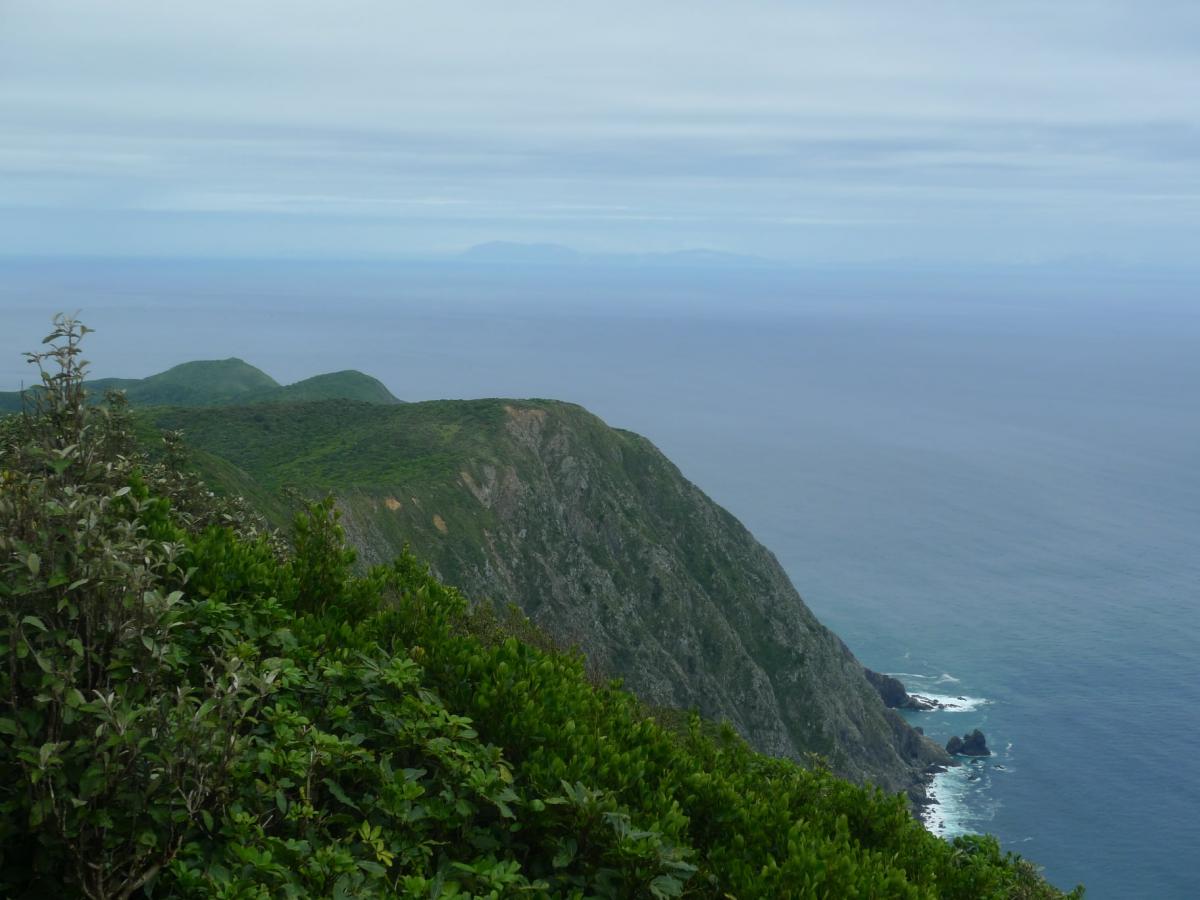 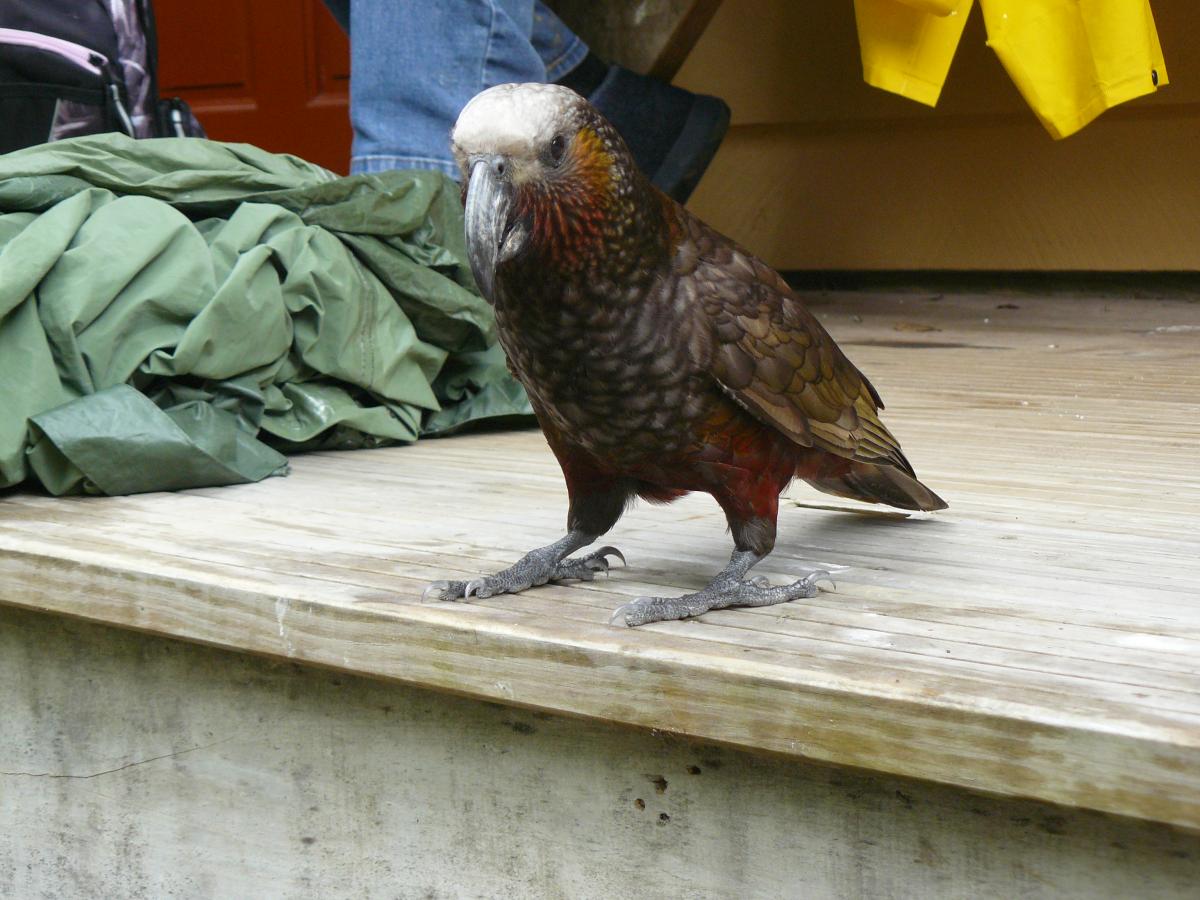 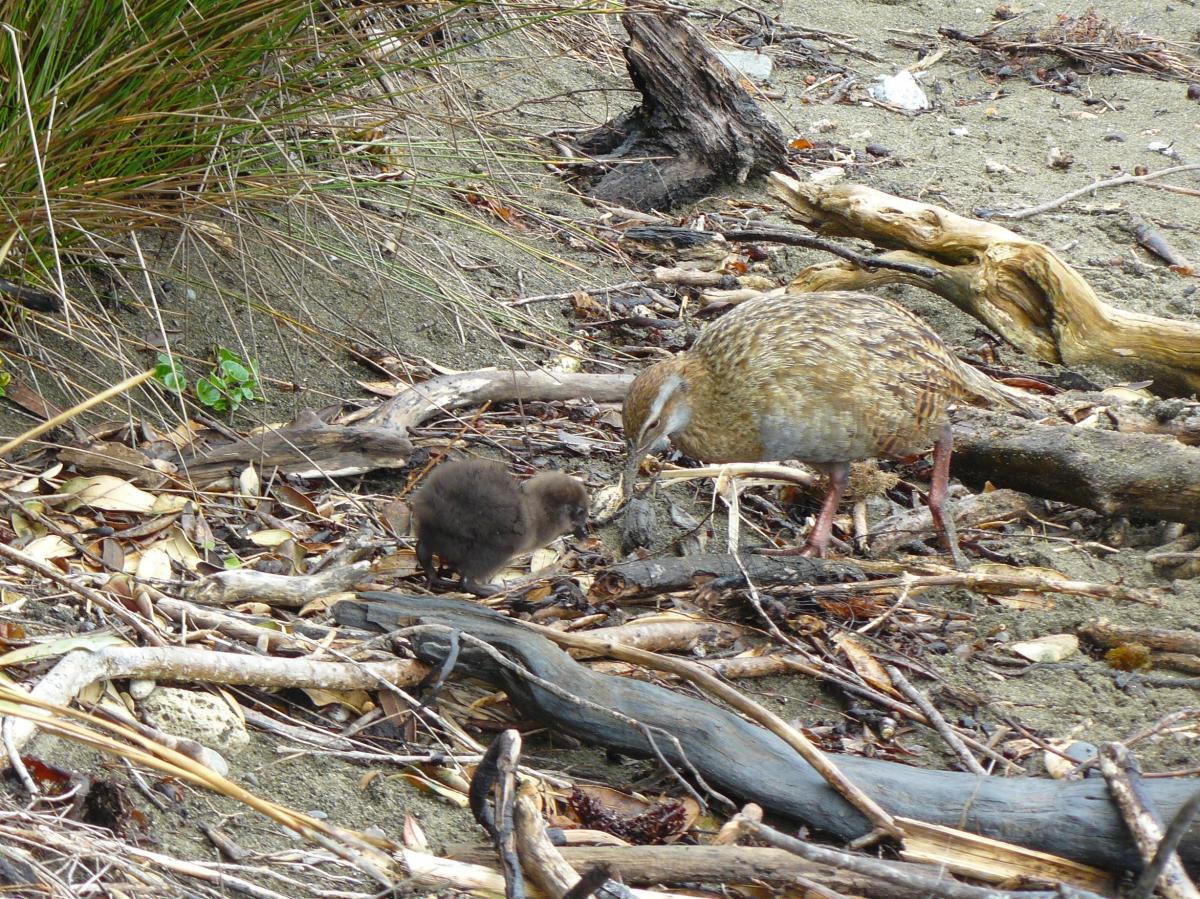 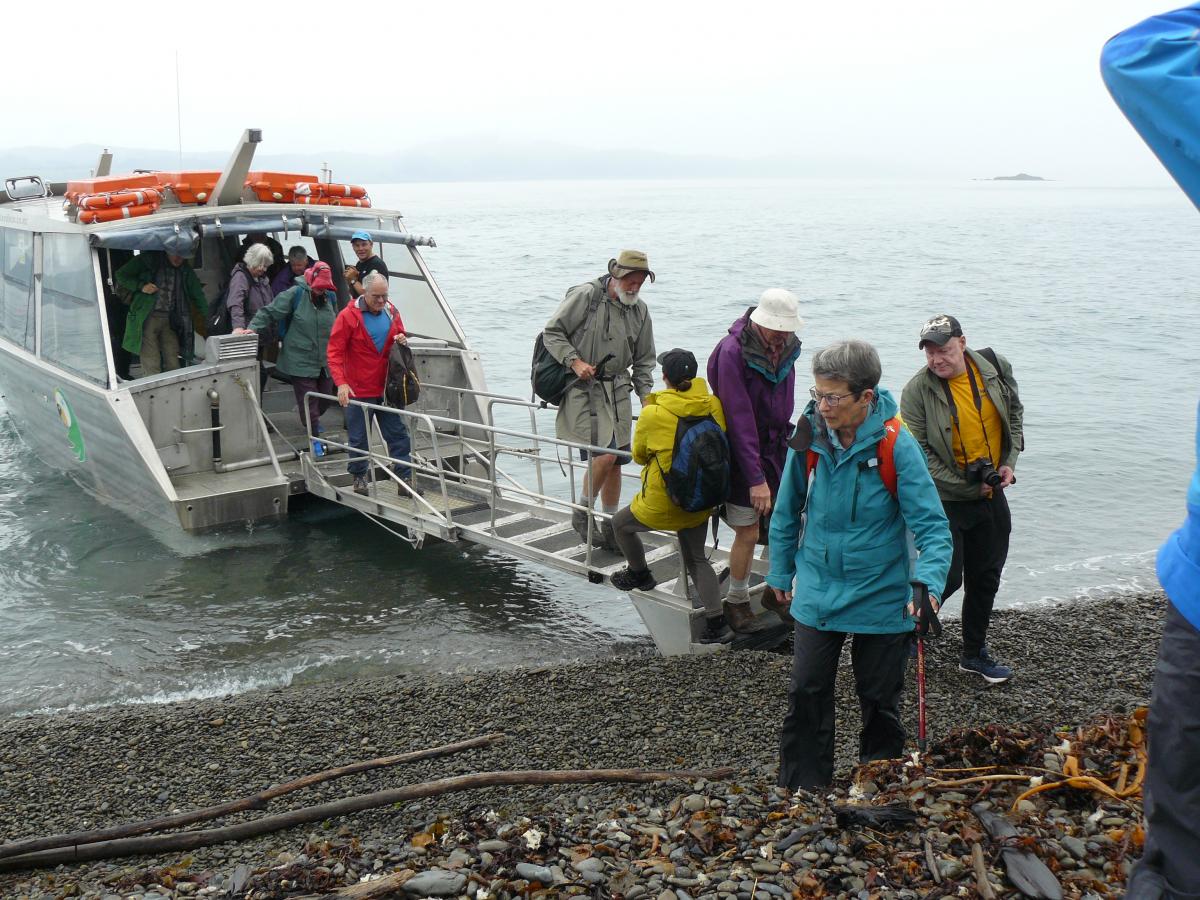 We began on 1st October by walking from town up the hill to the Wadestown trig - a pleasant walk and excellent view from the trig, but it isn't signposted so you have to know where it is. Then for the next two Thursdays we met at the Karori tunnel and explored around the Northland, Highbury and Aro Valley areas. Further afield on the fourth week, our walk started and finished at Porirua railway station and took us around the estuary and harbourside, past Takapuwahia marae and into a bush walk on the lower slopes of Rangituhi/Colonial Knob. We finished October with a walk in the great treasure of Otari-Wiltons Bush, including a visit to a tree which predates the arrival of humans in this country.

The walking group almost always uses public transport to get to and from our walks.  But we have used cars for the walks since late August so we don't take up space on buses and trains during peak time when capacity is limited.  During September we had four walks: Kaitoke Regional Park - a beautiful bush and streamside walk in the Rivendell area, including a photo opportunity at the one remaining piece of the movie set; Waikanae River Trail - a lengthy stroll from the Waikanae shops down the river trail as far as the beach; Whitby Trail - a pleasant walk along a section of the Whitby streamside trail also taking in the Whitby lakes.  For our last walk in September we were back in Covid alert level 1 and we met at the Quaker Centre for a walk through the tunnel to Hataitai, returning either to Mt Victoria or Newtown.  There have been between ten to twelve walkers on most walks in September. 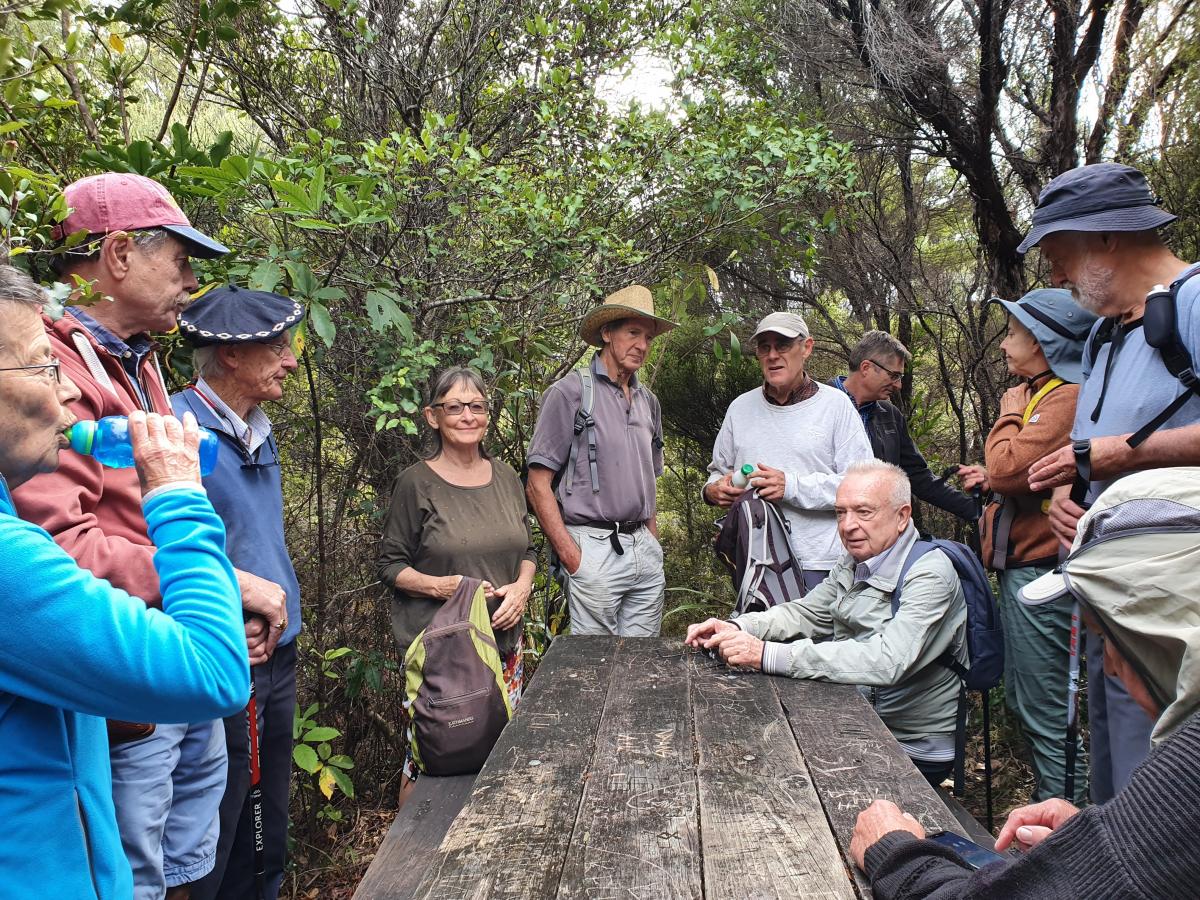 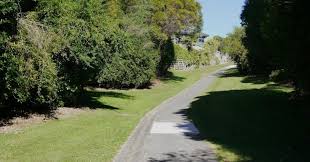 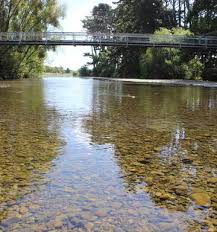 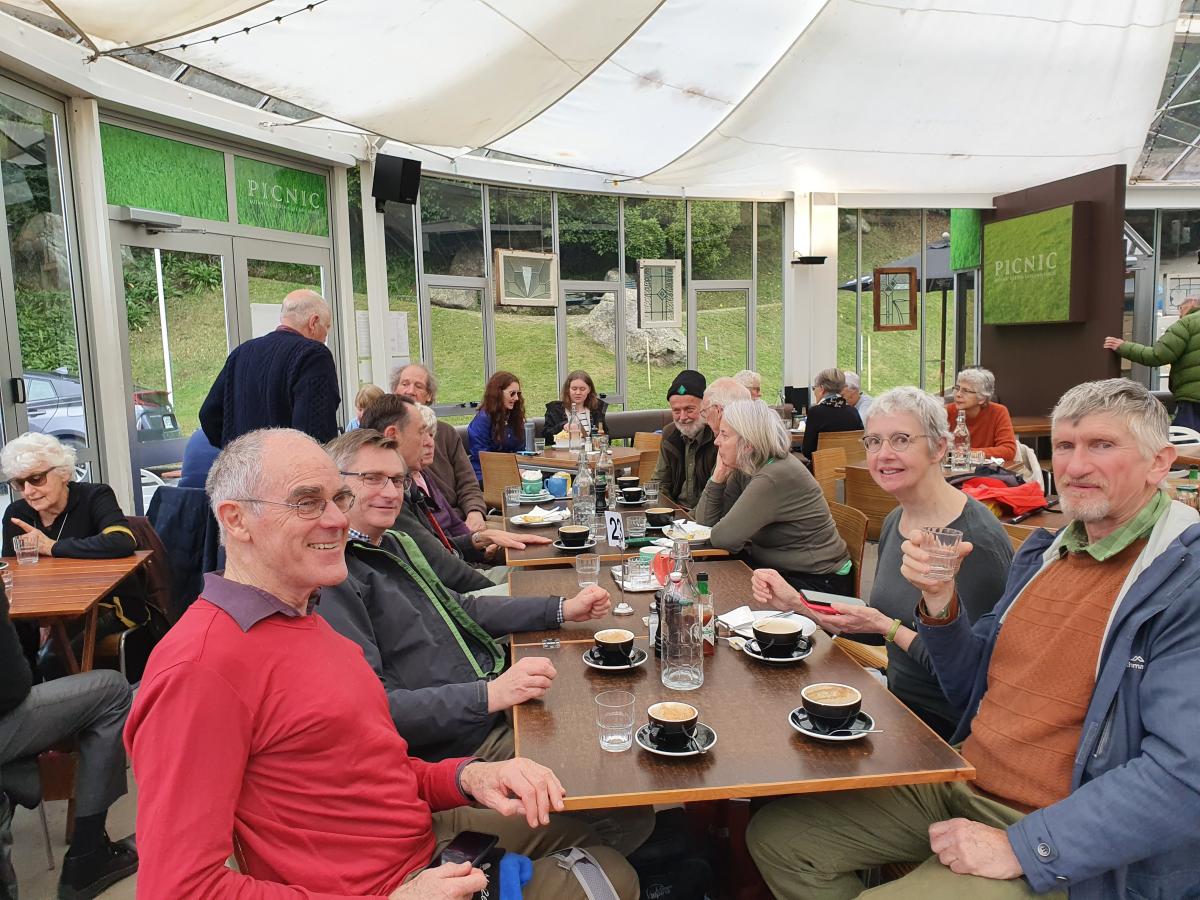 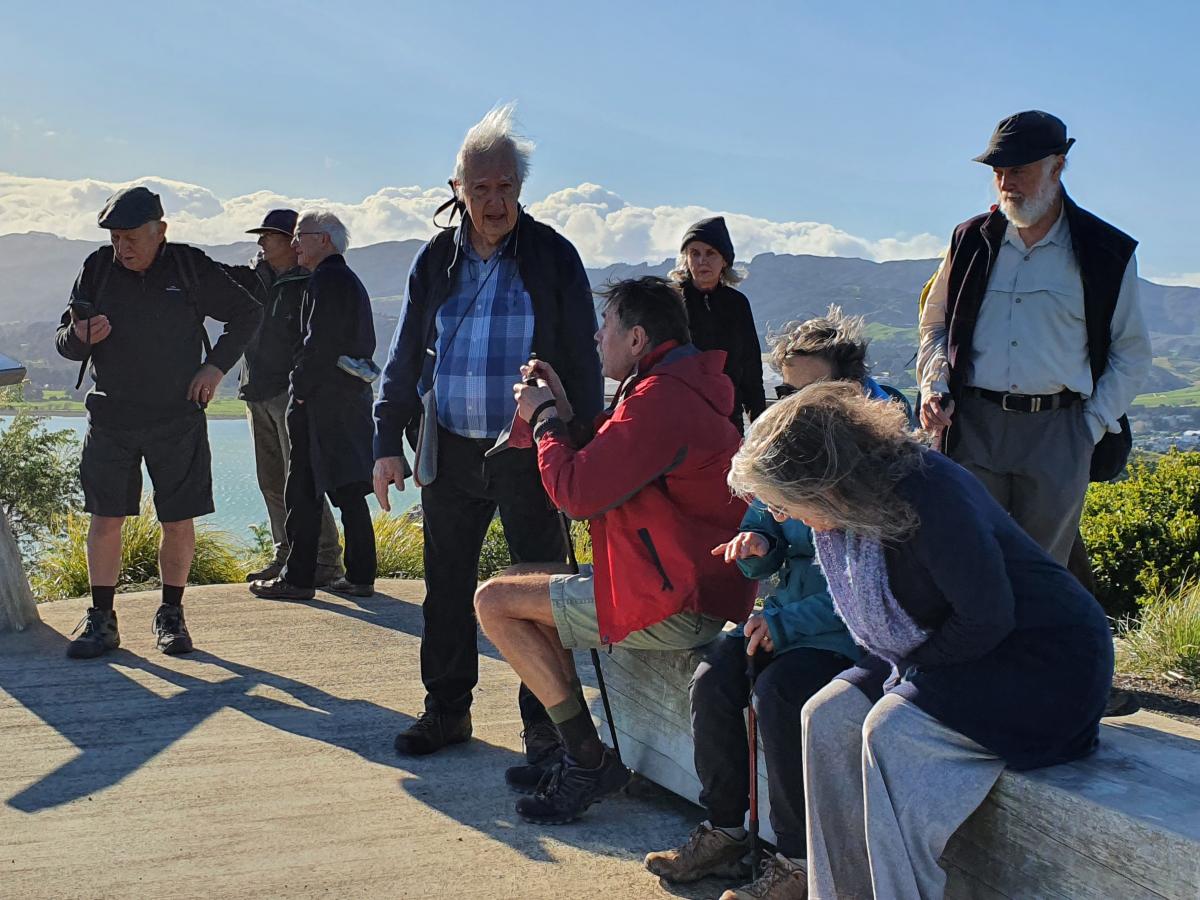 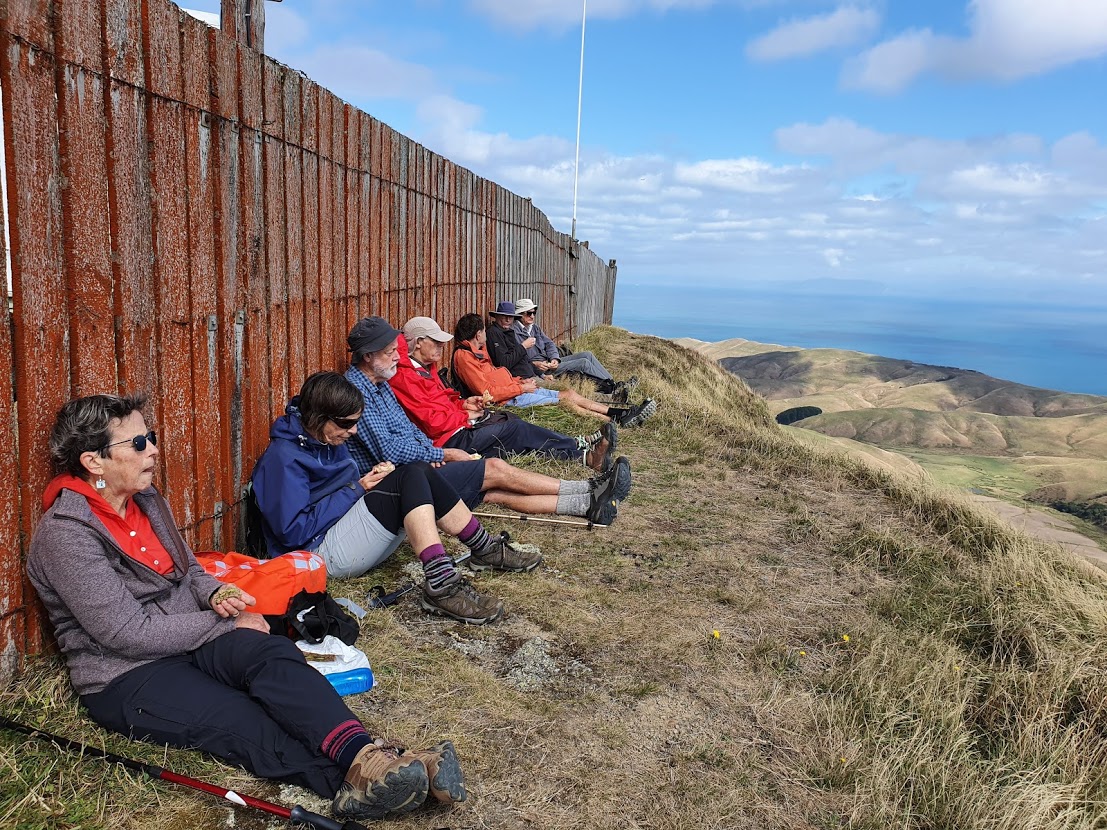 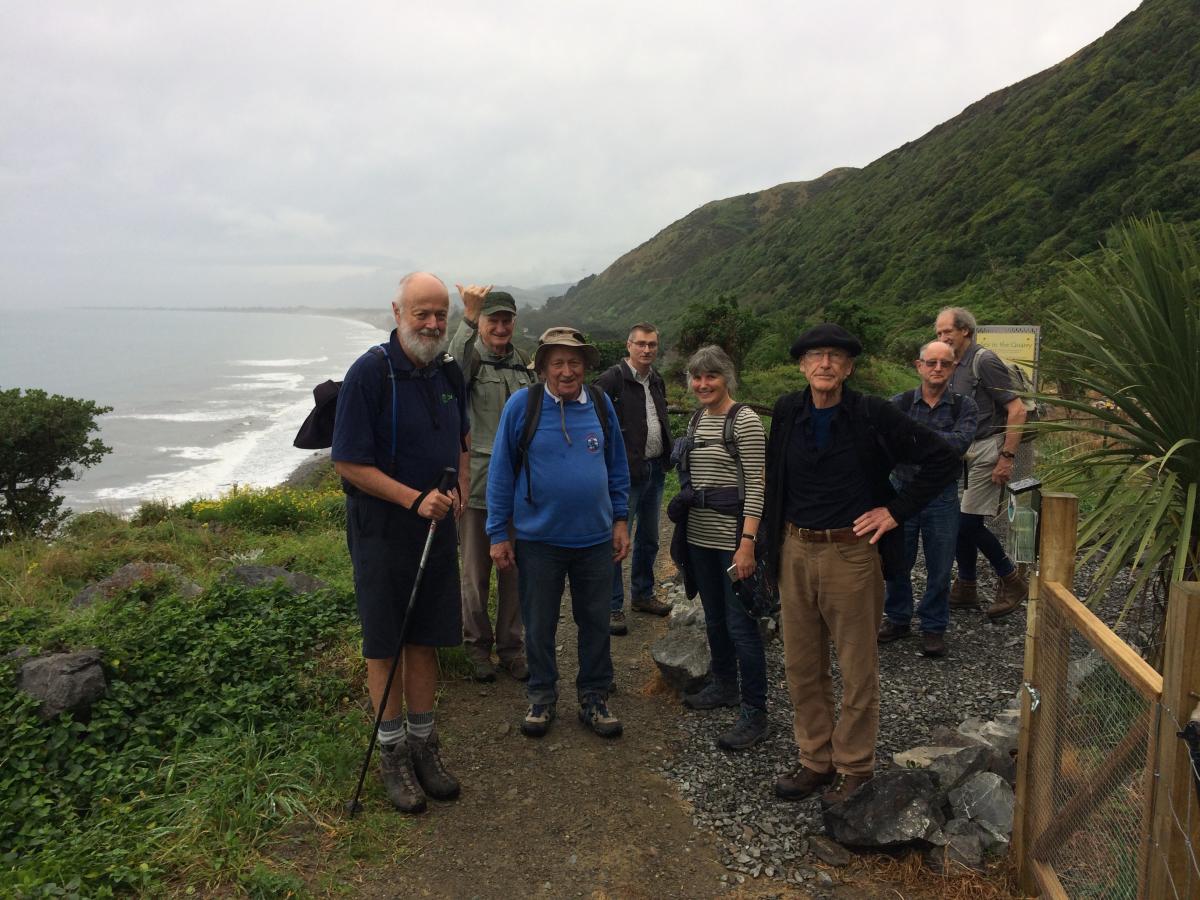 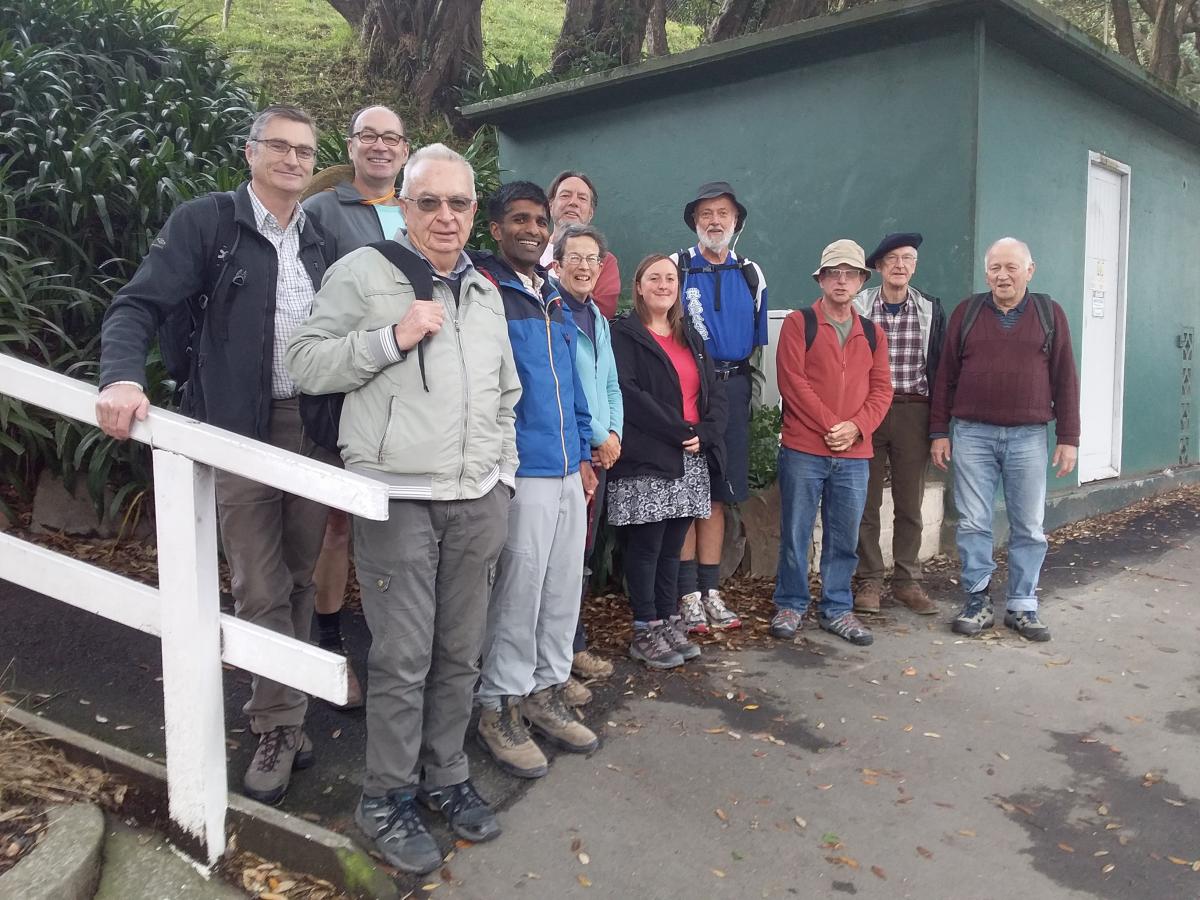 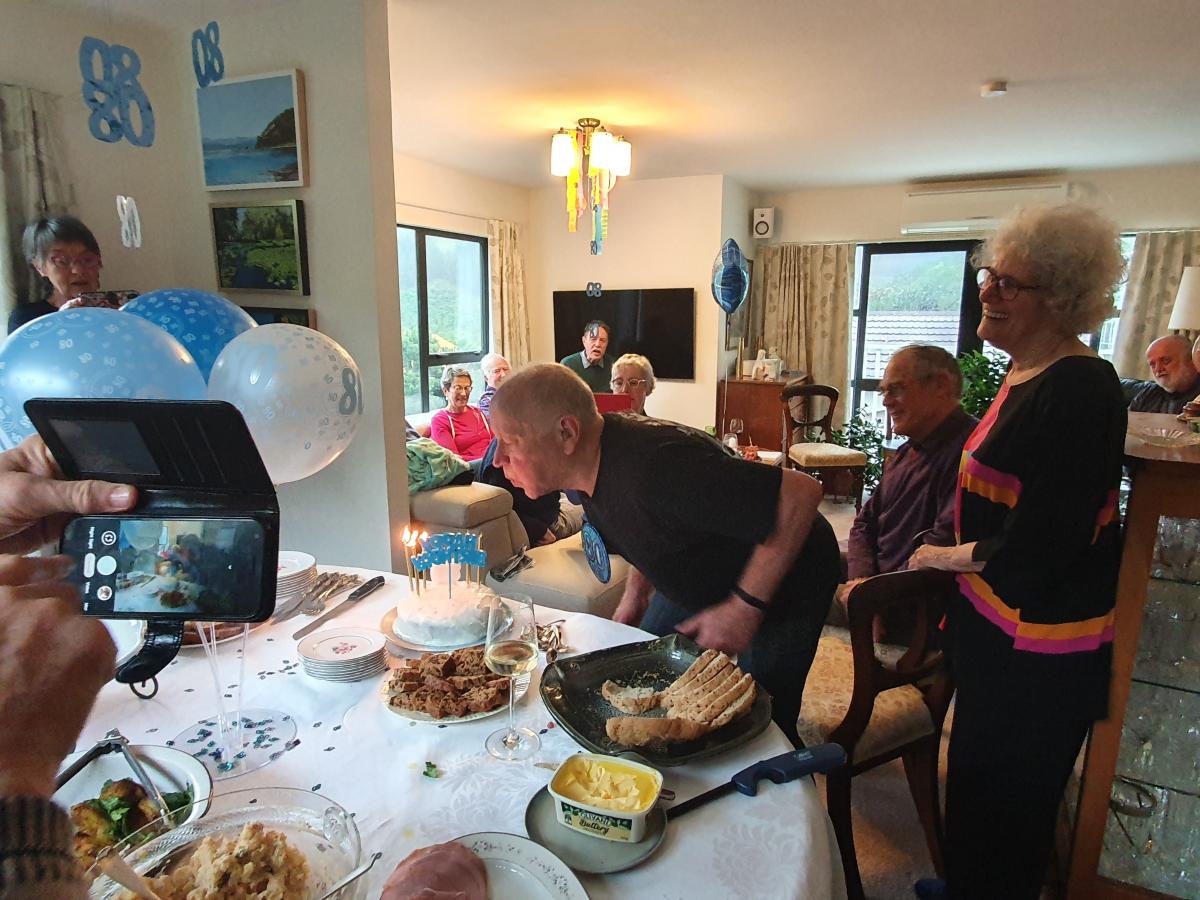 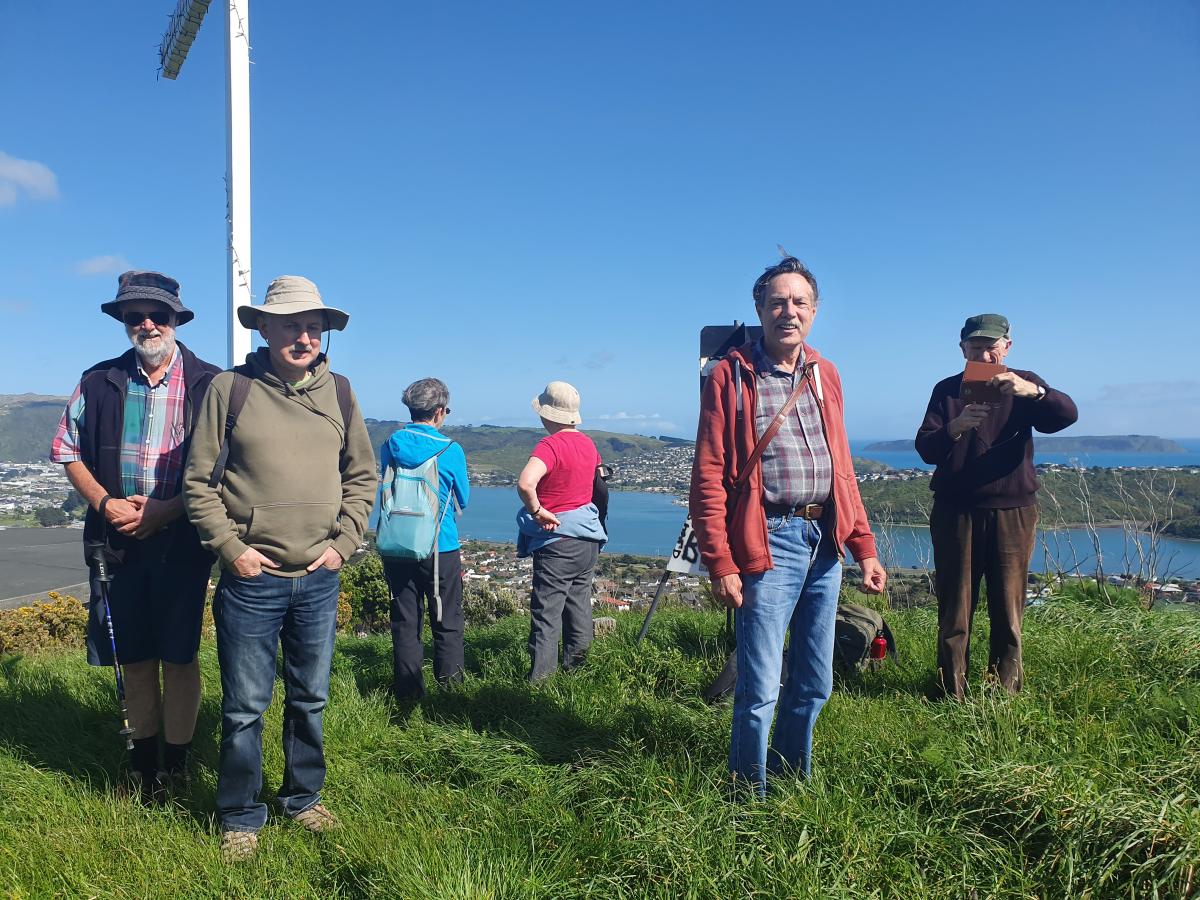 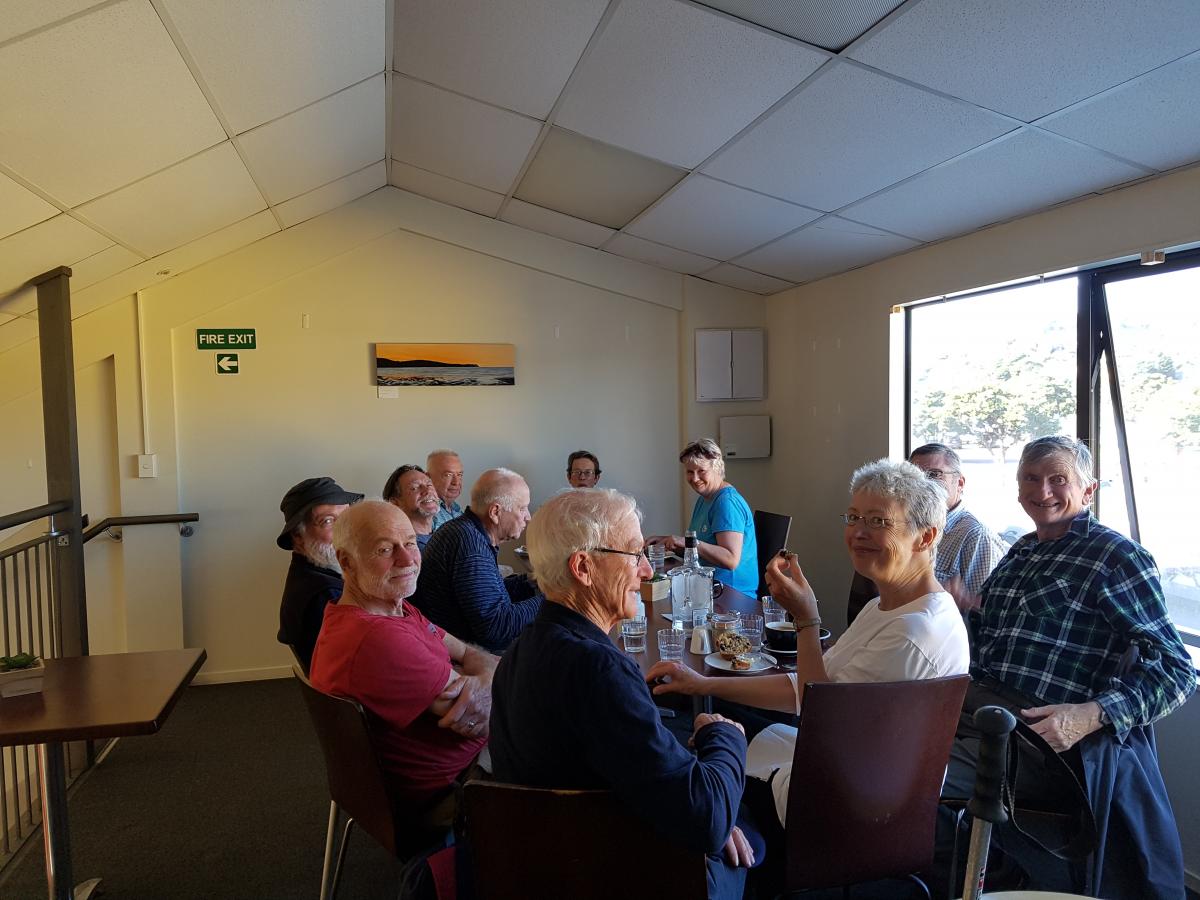 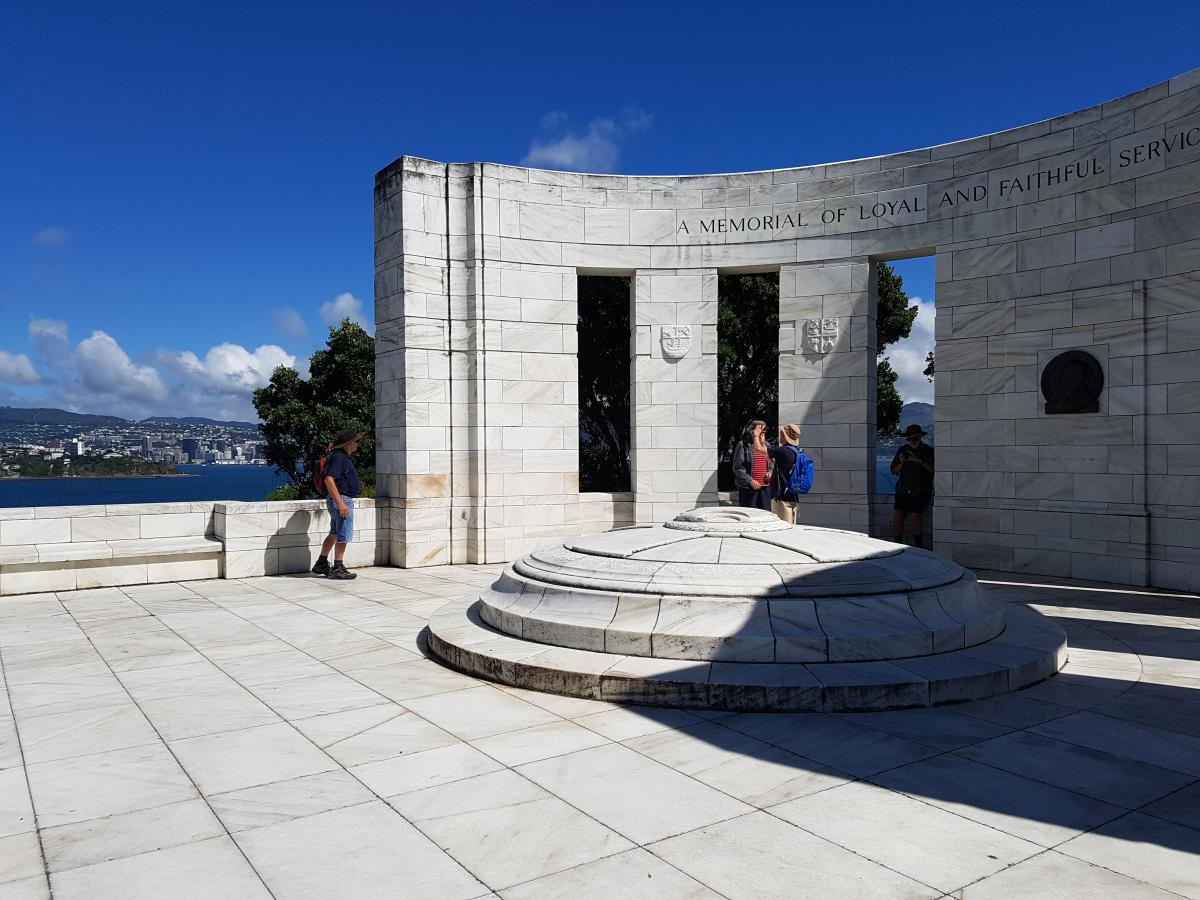 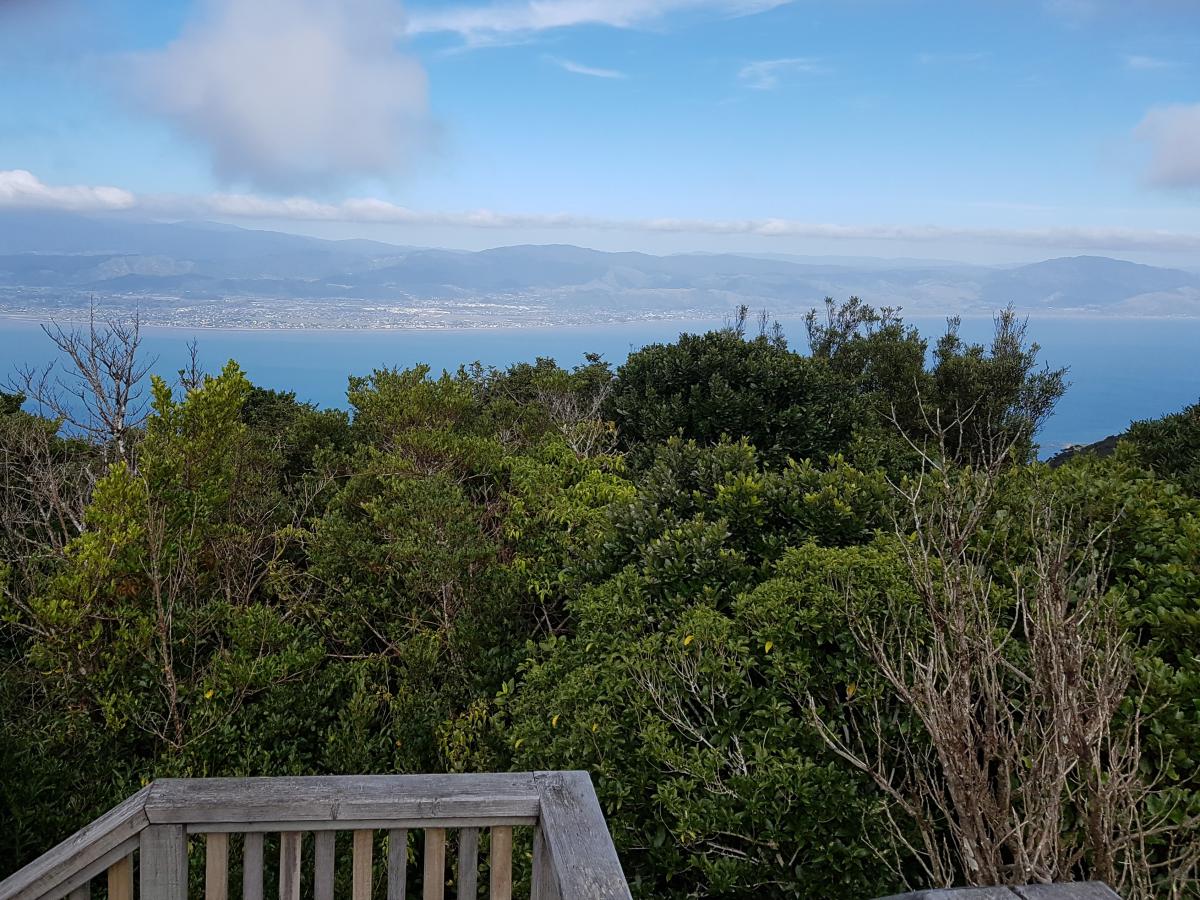 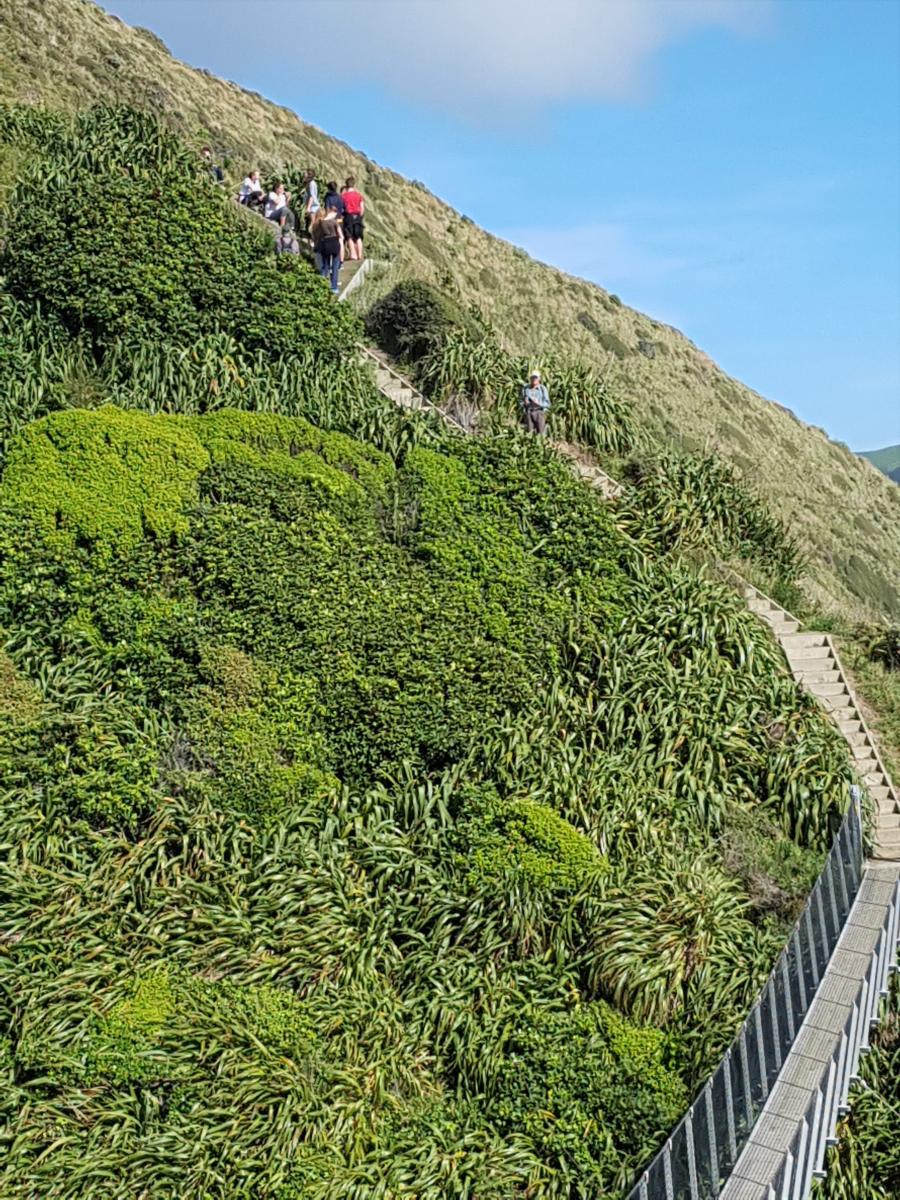 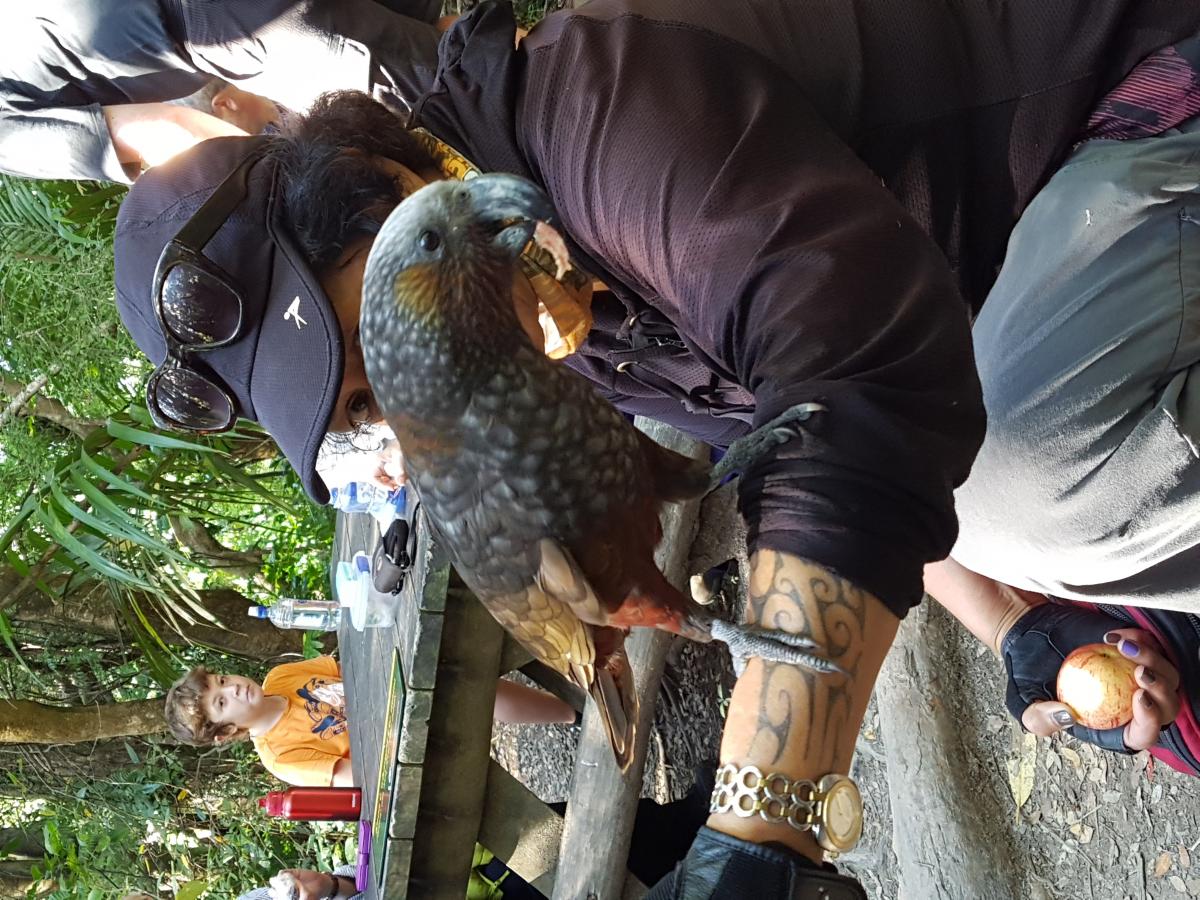 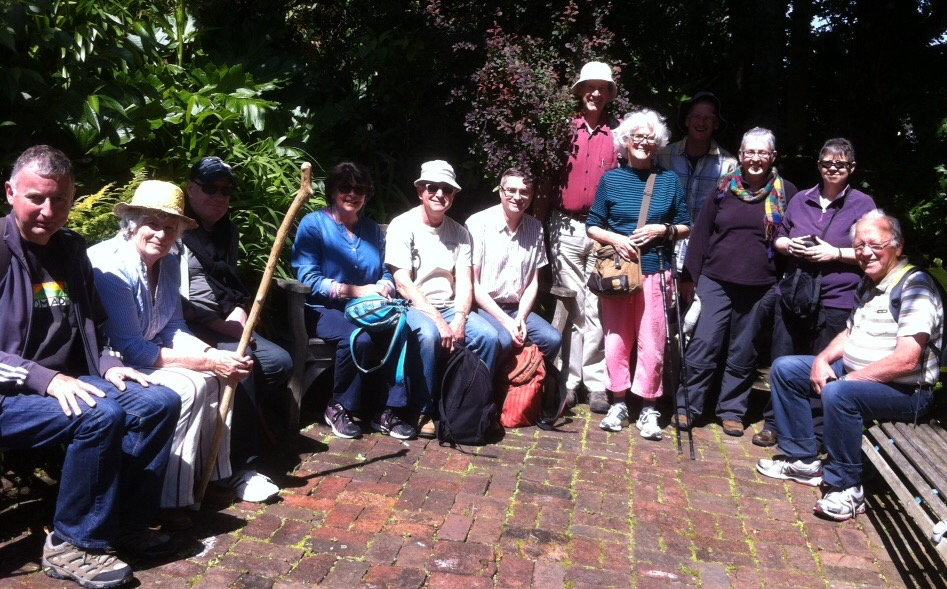