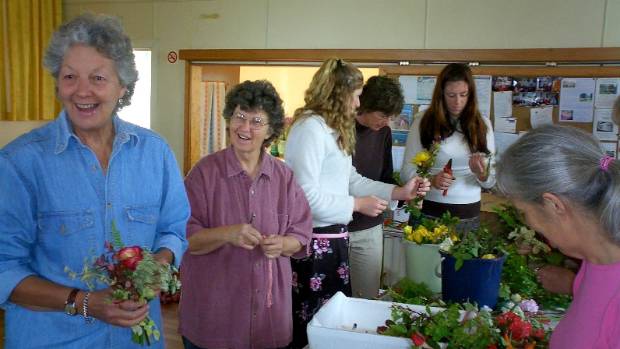 Quakers recognise the potential for goodness in all people and the value of a shared spiritual experience. Our way of life is centred on our silent Meeting for worship, our Testimonies, and on our actions as we feel prompted to put our faith into practice. Currently Friends in Aotearoa are putting their faith-led values into action in many ways in areas of peace, social justice, economic justice, sustainability and wider faith in action.

This list is not exhaustive. The examples have been selected to highlight a few ways in which Quakers put their faith into action. On a daily basis Quakers are led by their faith - in their work, in their family interactions, in their community - as well as getting involved in these visible acts of corporate witness. 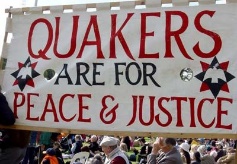 Working for peace in Aotearoa and in the world is a vital part of Quaker activity. It arises from a recognition of the value of every person. You can read about our Peace Testimony here.

Aotearoa New Zealand Friends in 1986/7 adopted a statement that outlines Quaker views on the imperative need for disarmament, an unequivocal opposition to all wars and violence, and a commitment towards the building of a peaceful world.   Read the full Peace Statement here.

Many Quaker Meetings host public discussions on peace issues, create or join local peace groups, and organise peace vigils on Anzac, Hiroshima and Nagasaki, and Armistice Days. Some meetings hold monthly peace vigils to witness to the longing we all have for peace, and to commemorate the losses both combatant and non-combatant in war. Several Meetings have been involved in opposing weapons expos.

At a national level we support financially and in other ways the work of Peace Movement Aotearoa, and its many projects: WW1 Centenary Peace Project, campaigns against militarism, military spending, killer robots, and cluster bombs, and for international nuclear disarmament. We also make an annual donation to The National Centre for Peace and Conflict Studies at Otago University.

Some Friends are active in the Alternatives to Violence Project, a training programme enabling participants to deal with potentially violent situations in new and creative ways. The Project’s focus is to make AVP workshops available nationally, where participants may learn conflict resolution and other skills to enhance daily living and relationships.

QPSANZ - Quaker Peace and Service Aotearoa New Zealand provides funding for Quaker and non-Quaker local peace initiatives. It administers a major award for an annual recipient to undertake a study programme or project, in New Zealand or abroad, which promotes understanding of peace, justice and environmental issues. It also provides funding for aid and development projects with overseas partners. You can read more on the Engage page, Yearly Committees.

Individual Friends and Meetings are concerned for the Palestinian people and peace movements in Israel seeking peace and justice by non-violent means. They have furthered the cause of Palestinian freedom by releasing statements in support of Palestinian human rights, holding public education meetings, joining demonstrations, publishing information on their social media pages and websites, participating in ecumenical accompanying teams in Palestine, joining the Interfaith Network of the campaigning organisation Jewish Voice for Peace, supporting the non-violent Boycott, Divestment and Sanctions (BDS) movement and allying with local Palestinian Solidarity groups. Our support for the Palestinian people is based on our belief in the value of every person, and in equality and peace. 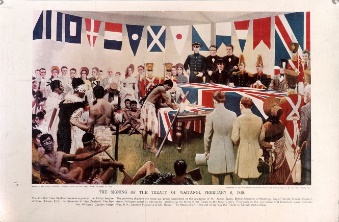 Quakers in Aotearoa New Zealand recognise Te Tiriti o Waitangi as a living document fundamental to the life of this nation. We advocate for change to the constitutional arrangements in Aotearoa to properly reflect the rights  guaranteed to Maori in Te Tiriti.

We believe that indigenous peoples have the right of self-determination, to freely determine their political status and freely pursue their economic, social and cultural development. You can read our Statements on Maori-Pakeha Issues and Bicultural Issues here. Meetings have undertaken many different activities in support of Tino Rangatiratanga.

Nationally, The Treaty Relations Group is active on behalf of Friends in lobbying, networking, and educating Meetings and the community on Te Tiriti o Waitangi. This has included writing and presenting submissions to Government bodies, and to local Councils, providing Meetings with resources for their activity, running sessions at Summer Gathering, and an annual weekend workshop at the Whanganui Settlement.

In 2014, the Quaker Lecture entitled "Standing in This Place" was presented to Yearly Meeting and at Meetings around Aotearoa New Zealand by Quakers David James, Jillian Wychel, Murray Short and Linda Wilson. These four Pākehā people analysed their past and continuing roles as supporters of justice for indigenous peoples. They considered firstly how these roles have changed over time, and secondly how they might evolve as claims relating to the Treaty are settled. You can view the full text of the 2014 Lecture here (476KB .pdf)

Some Meetings are allied with the Parihaka Network to support the people of Parihaka, to educate the wider community about suffering caused by the unlawful sacking of their village, the imprisonment of their men and violation of women and girls in November 1881, and to promote the values upon which Parihaka was built.

Individual Friends have upheld the cause of Parihaka, and Meetings have organised commemorations to remember the grave injustice and to support the call for recognition of it by the Crown. With the Crown apology being given in 2017, celebrations continue in recognition of the peaceful non-violent resistance observed by the people of Parihaka in 1881 and since.

In the 1650s and 60s in Britain many Friends were imprisoned in desperate conditions because of their association with the radical and dangerous sect Quakers were feared to be. You can read more about the early history of Quakers here.   From its inception justice, human rights and the plight of prisoners has been a concern for the Quaker movement. Elizabeth Fry (1780 – 1845) was a famous English Quaker prison and social reformer. She was a major driving force in her time behind new legislation to make the treatment of prisoners more humane. Read more here. 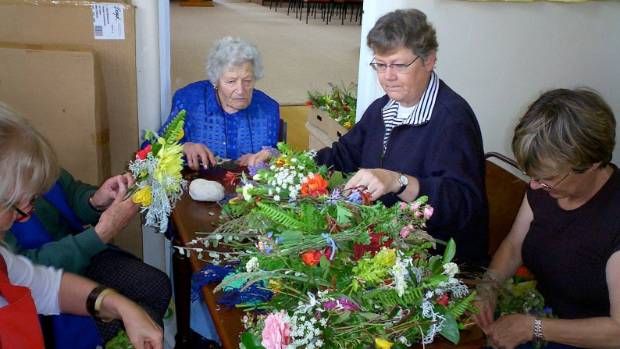 Every Christmas the Mount Eden Quaker Meeting distributes posies to Mt Eden prisoners, in recognition of the value of every human being. Friends support the work of the Prisoners Aid and Rehabilitation Society. Their donations have helped reduce the need for PARS to rely on Lotteries or local casino funding.

The 2011 Quaker Lecture entitled "Changing the Prison System" was given by Tony Taylor at Yearly Meeting. You can view the full text of the 2011 Lecture here. (1136KB .pdf) 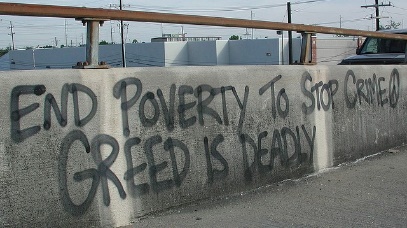 Other Meetings support low decile schools and families through donations of money and needed items.

The Quaker Lecture in 2015, given initially at our Yearly Meeting and then toured throughout New Zealand, was given by Bryan Bruce, and highlighted the facts and reality of poverty within New Zealand, and our very high wealth gap. You can view the full text of the Lecture here.

The 2013 Quaker Lecture entitled "ENOUGH! The challenge of a post-growth economy" was given by Jeanette Fitzsimons. As humanity starts to reach and exceed the limits to growth modelled by the Club of Rome in 1972, two possible futures stand in stark contrast:  a failed growth economy, or a Steady State described here as an economy of Enough.   A willingness to say "I have enough now; the rest is for others, or for Nature" could usher in a future that is dynamic, congenial, prosperous, and ecologically and socially rich. We would have less stuff but more time and richer relationships. However, the challenges are daunting. It requires fundamental change to our economic goals, our tax and monetary systems, the framework of capitalism and, hardest of all, to our values and our image of ourselves as human beings. This lecture discusses the challenges of an economy of Enough. You can view the full text of the 2013 Lecture here. (431KB .pdf)

Individual Friends and various Meetings have demonstrated their concerns about trade agreements which will further empower multinational corporations to override the interests of communities through the Investor-State Dispute Settlement clauses.  Friends have signed petitions and participated in marches and rallies to show their concerns.  The national Quaker Treaty Relations Group made a submission to the Foreign Affairs, Defence and Trade Select Committee on Treaty of Waitangi issues in the Trans Pacific trade agreement.  We believe such agreements are contrary to our values of equality and sustainability.

"Our bank accounts, pension funds and investments make us all a part of the global financial system. Whether we have a little or a lot, what we do with our money matters. We can use our money as an important tool for positive social change, campaigning for fairer wages for workers or for a transition to a clean, renewable energy system." quaker.org.uk/our-work/economic-justice/ethical-finance

Quakers Aotearoa New Zealand drafted a Statement of Investment Policies and Objectives in 2012. You can read the statement here.

The Society has decided to divest any investments in fossil fuels, and Friends are engaging with New Zealand banks about their investment criteria with a view to positively changing their investment policies and practices. Quakers continue to discuss the ethical investment of their funds, and to encourage individual Friends to consider their own investment decisions and the purposes to which their funds might be being used.

The Quaker Lecture in 2017 "Transcending Neoliberalism" was given by Jane Kelsey. Jane Kelsey is one of New Zealand's best-known critical commentators on issues of globalisation and neoliberalism. She has taught at the University of Auckland since 1979, specialising in socio-legal studies, law and policy and international economic regulation. In her 2017 Quaker lecture Jane addresses the issue of Neolibralism both globally and in New Zealand, and offers thoughts and suggestions on how this country can “move from a state of denial, to progressive transformation”. You can view a video recording of the 2017 Lecture here.

An international confederation of charitable organisations focused on the alleviation of global poverty. It was founded in 1942 by a group of Quakers, social activists and Oxford academics.  Many friends make regular donations to Oxfam. 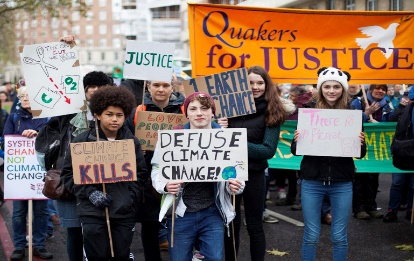 In the year 2000 NZ Quakers affirmed their commitment to care of our environment. You can read that statement on Sustainability here.

More recently, Quaker activity has focused on responding to the tremendous threat to life on the Planet posed by climate change . We have resolved as an organisation to divest from any funds invested in the fossil fuel industries, and Friends have joined demonstrations to call for climate justice. Individual Friends are active in campaigning organisations Greenpeace, 350.org, Generation Zero and Extinction Rebellion because of their concern about global climate change.

Some Meetings are engaging with their local councils to urge them to consider sea level rise, fossil fuel investment, and measures to mitigate climate change in their long-term Plans.

A Quaker Climate Emergency Correspondent supports Meetings and individual Friends to engage with the challenges presented by threats to the future, especially climate change. Recently a group including the Correspondent prepared "A Call for Action after Covid-19" which has been adopted by Quakers in Aotearoa. It is being widely distributed around New Zealand. The statement can be accessed here.

A campaigning environment organization, the founding members include Quakers Irving Stowe and Dorothy Stowe of Vancouver Monthly Meeting. Many Friends are involved with Greenpeace, by making regular donations and as members and activists. For example, Friends in Mt Eden met with Greenpeace to discuss civil disobedience around a meeting of oil companies and Government regarding deep sea drilling in New Zealand waters.

Quakers have a long history of involvement in peace and development work around the world. To find out more about the many peace, reconciliation, development, health care, education, human rights, social justice and other service projects currently being undertaken by Quakers around the world visit the Friends World Committee for Consultation.

You can search a comprehensive database of Quaker activity from anti-slavery, the arts, business, to human rights, peace and non-violence, political engagement, relief work, and science, from the 17th century onwards, here: quakersintheworld.org/quakers-in-action.html 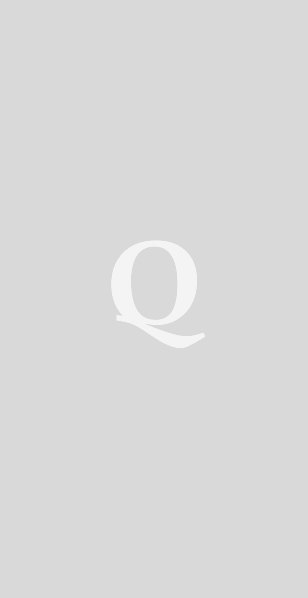